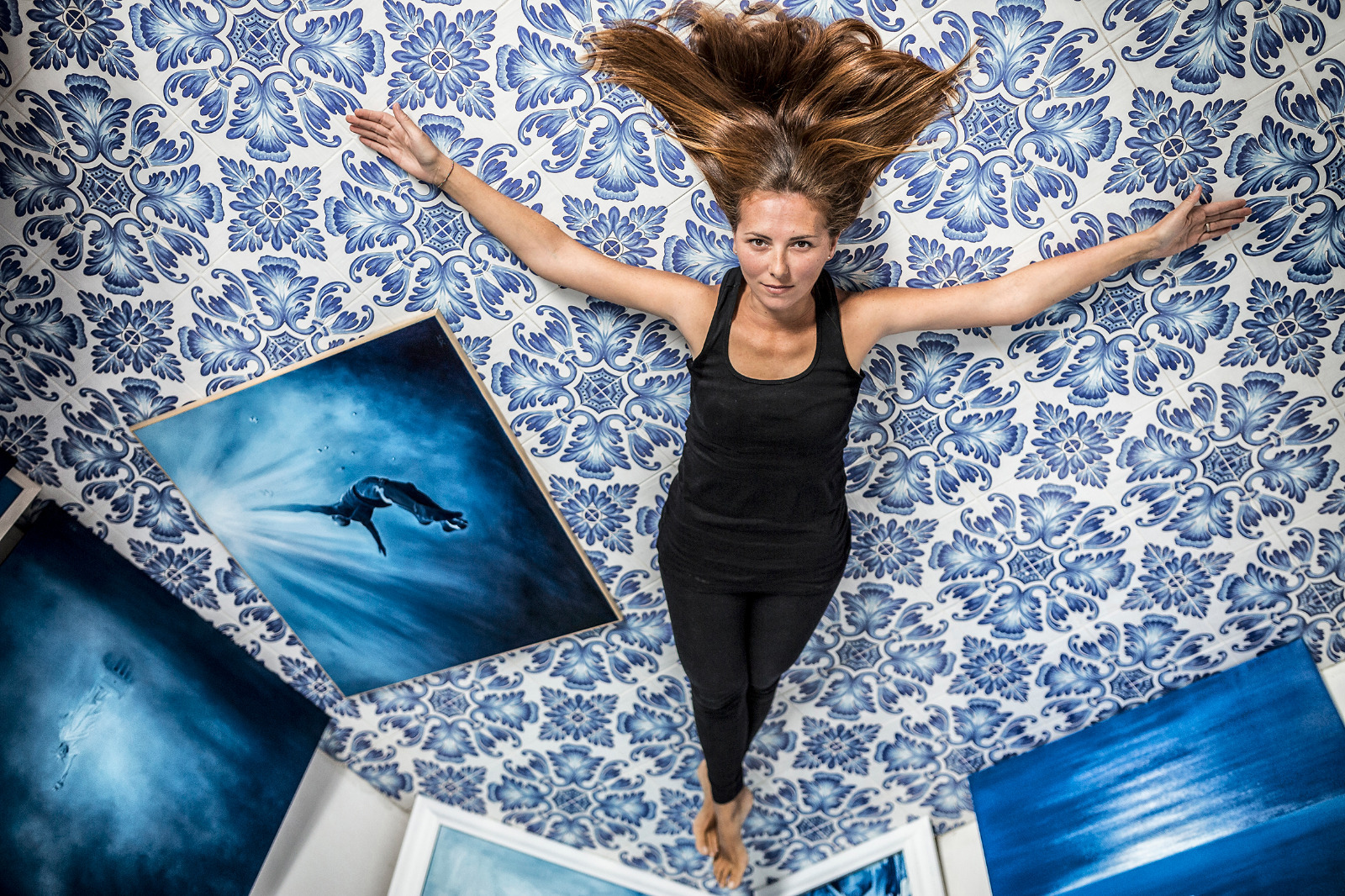 Mariagrazia Toto was born in 1974 in Milazzo, small peninsula stretching out towards the Aeolian Islands, crossroads of ancient Mediterranean cultures. She took her diploma at the Art Institute in Milazzo, department of Architecture and Interior Design. In 2003 she graduated at the Faculty of Architecture of the University of Reggio Calabria. As a little girl she hangs out at the art studio of a local artist, master Rioma, where she acquires the first artistic skills and undertakes a path which, in 1997, leads her to discover her personal way of painting, a surreal style where one seems to sense an extraordinary journey into the memory of herself. The artist creates powerful figures of the unconscious in a timeless dimension. The use of monochrome, crossed by beams of white light which mark and emphasise the figures, is a clear symbolism of a spiritual attitude to reality.